We have a little, like, amateur setup… Um, so I’ll just give, like, a quick introduction basically; I’d like to introduce Mr. Tom Mueller, who is the cofounder and Chief Tech Officer at SpaceX; he’s the champion of the Occupy Mars movement, which I am proudly representing on my shirt; and the brains behind SpaceX’s rocket designs, as one of the world’s foremost rocket engine designers, he’s responsible for developing propulsions systems and engines for both the Falcon launch vehicles and the Dragon spacecraft, and much more, obviously.

Before we start I just want to say thank you from all of us for taking time out of your busy schedule to talk with us. We’re all very amazed at the work you do at SpaceX, and congratulations on all the success you’ve been having with the recent launches.

If you want to— do you have anything—

Did everybody see that launch yesterday?

Okay, so shall I go ahead?

Yes. If you have, like, a talk prepared, we have some questions.

Okay, so I’m going to talk about low-cost access to space. When I was a kid, you know, in the 60s, I used to watch Star Trek; I was 8 years old when they landed on the moon. Of course, a lot of us thought 50 years from now, we’d be on Mars, maybe travelling to other planets, you know, a more Star Trek-like experience. It didn’t really happen though, did it? 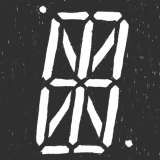 {The first question Musk answers is not included in the recording.}

Any [enterprise you can imagine] on Mars, things that are, we [take for granted] on Earth as well as things that [won’t exist anywhere] but Mars, so we’re [like the Union Pacific1] so, our goal is to get people there, we’ll need to construct the initial propellant plant to produce [much] propellant on Mars, and so the initial, [obviously] the Mars spaceport and the sort of the beginnings of [a key] central element [of] a Mars base and then thereafter, um, and we definitely wanna make sure we [don’t infringe] upon the opportunities that people may have to create things on Mars, and if [people thought that] SpaceX is just gonna do that then they [they’ll] be less willing to do it so [we’re really] trying to create a conduit to Mars to enable people to do an incredible [number of] things there.. [And just like how the Union Pacific, sort of, made California really,] um, we’d like to have it be that way for Mars. I think there is, um, like I say I’m not too worried about safety on the way there from radiation, I think that’s basically is {Gets cut off by question}

A collection of hopefully useful stuff

Twillio
(Two Factor) Authentication, Text and Voice telephony APIs, requires credit though they’re hackathon friendly and often sponsoring hacks https://www.twilio.com/
SendGrid
Email-as-a-service, much easier than messing around with a mail server. https://sendgrid.com/
PushBullet
Push-notification service, as an app it does more than just being a channel for sending notifications but they have a good free API https://docs.pushbullet.com/
Hubot
Pretty formidable chat-bot framework written in CoffeeScript (ewww…) that’s well known on Slack and IRC https://hubot.github.com/